It’s the end of an era.  I quit working at Starbucks.  My partner numbers 334233 were turned off.  I’ve had those numbers since I started in 1999.  Through 5 stores, 2 states and 14 years, 334233 has followed me and brought me some great experiences and friends that have helped me through everything inside and outside of the store.

Without my Starbucks friends, I’m sure I would not be where I am now.  From the basics of having a job when I was a Junior in High School, to career/life counseling from Ayaka in college, to some friends like Tiffanie, Maggie and Jeff when I was so lonely in Park City my first year.   I got through some challenges and big changes while making lattes, frappuccinos and mochas. Where it all started.  Starbucks, Edina Galleria.  When I had my interview, my boss said, “This job isn’t all fun and about making drinks – sometimes you have to do dishes and take out trash.. is that okay with you?” In  the fall of 2001, I transferred to Starbucks U of M.  We had some good times there-  I met Ayaka (on right in this photo).  I was promoted to a Shift Supervisor and learned how to do things super efficient.. maybe it was that Japanese style of Ayaka?  Not sure why we’re all dressed up here- we’d sometimes have Fashion Friday- maybe it was a Friday? Dressing up for Halloween at U of M. I don’t know what is happening here. 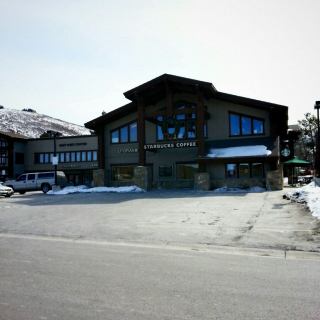 After graduating college and moving to Park City to work at Kristi’s Coffee Cafe at PCMR, I decided Starbucks was a better option and begged Tiffanie to hire me back.  Park Ave Starbucks Career begins 2006.
Tiffanie was a “mom” away from mom.  I knew she had my back and learned that everyone else there was the same – from the early days with Maggie, Jeff and Stesha to the middle days of Libby, Mamie, Brittany, Tommy, Jill, Skaggs, Dan, Leah and Chelsea to the end with Katelynn, Cheryl, Elliot, Maribel, Maddie, Rose and Sloane.  Tiffanie ran the store as a family.  When the line was to the door at Sundance, we we in this together. In the summer of 2007 – Tiffanie let me transfer back to Minnesota for the summer and I was placed at this store in Edina off Highway 100.  My first drive thru experience.  I think the only thing I really liked about this location was working with Jennie.  The hours were insane – we had to be at work at 4am and closed at 11pm.. it wasn’t an easy summer, but I knew that Park Ave was waiting for me back in Utah. I went back to Utah that fall and competed in the Cappuccino Cup in the spring of 2008.  Second best cappuccino in Utah! I transferred to my last Minnesota Starbucks and ended on a very good note.  One Financial Starbucks had awesome hours – open 6am – 5pm Monday-Friday.  It was awesome. Still not sure if Chelsea knew this, but I was organizing the backroom and put a powdered mocha bag on the shelf and it spilled all over Chelsea.  Sorry! One year, Shane and I were working on Thanksgiving and came up with “Dragon Breath” where we’d blow matcha (green powder) our out mouth. Here’s my sad attempt. A started a “campaign” at Park Ave for partners to use reuseable cups for drinks when they were working, encouraged recycling.  If you used a paper or plastic cup, this might happen to you. A few years ago, we got a recycling bin outside – no more hauling cardboard to the Recycle Center!  It was one of the best days of my Park Ave career, Brittany took a photo to celebrate. Tiffanie and Tommy a.k.a. Tree Killer – but I love him anyway. Last photo.  My last day.. November 10, 2013.  It’s been a part of 1/3 of my life and the people I’ve met have helped me become the person I am today.  Thank you.
Side note: This post has been a few weeks coming because Starbucks was trying to convince me to come back and I wasn’t sure what I wanted to do and with this post, have decided to not go back; unless something shifts unexpectedly and 334233 is still available.