Earlier this spring, our friends Brian and Jana called us to see if we wanted to go to Vegas to see Britney Spears.  We talked about it over Christmas when we were at their house and considered it, but when they called, we didn’t know how serious they actually were.  Turns out they were dead serious and we spent April 30th – May 1 in Las Vegas.  Chris and I basically got home from running the marathon in CA on Monday and left for Vegas on Wednesday. Britney was on Wednesday night at Planet Hollywood.  It was a great way to kick off our Vegas weekend – she put in on a great show.  Not a whole lot of actual live singing, but a lot of stage performance like props and dancing which totally made up for it. 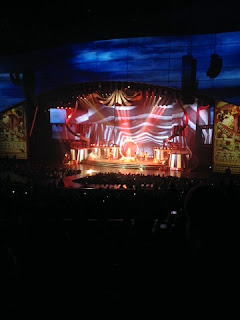 Britney is conveniently circled in this photo singing Circus.  I spent the whole concert with Jana singing all the songs next to me – she knows a lot more Britney songs than I do.  I was totally impressed. 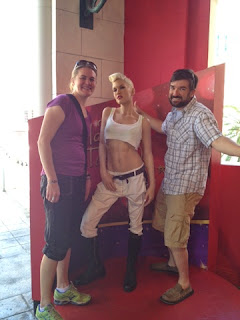 Thursday we toured around Vegas and ran into Miley.  She was just hanging out. Our feet got tired and we were hot so we stopped walking the strip and went somewhere way better.  The pool at the Venetian – our hotel.  OMG.  It was the best part of the trip.  Chris and I have been to Vegas 5 or so times, but never when it’s 90+ degrees and a pool is a good idea.  Thi was a whole new Vegas.  So nice to sip cocktails by the pool.  Brian and I were the King and Queen of Vodka tonics.  Yum.  It was basically like Mexico, but with more expensive drinks and a pool instead of a ocean. 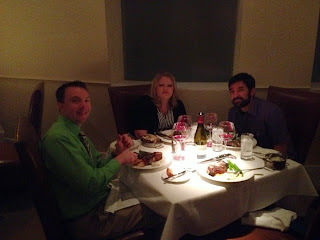 Brian and Jana took us out to a nice steak dinner at a restaurant at the Venetian – it was nice to class it up a bit.  We all really enjoyed the food and it was nice to have them treat us. 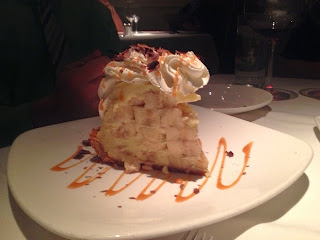 For dessert, we had banana cream pie – Dad would have loved it.  It’s his favorite! 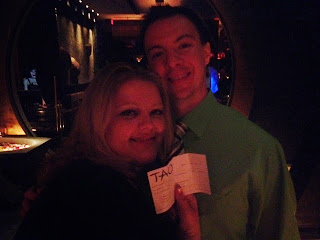 After dinner, somehow Brian convinced us to go to a Vegas nightclub.  This is something Chris and I have never done before in all our trips to Vegas.  We went to Tao – one of the hottest clubs I guess. TONS of people in there!  It was THE hot spot for a Thursday night. 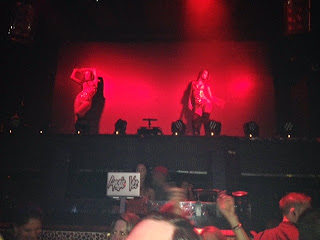 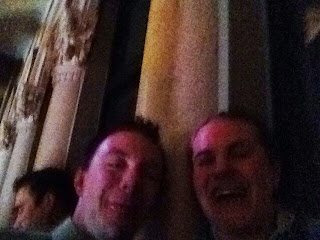 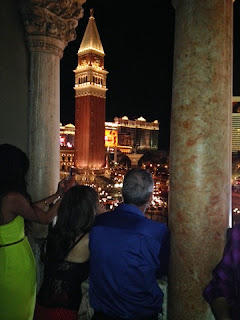 There was a nice balcony we’d go on that normally people would smoke on it, but we’d cool off from all our sweaty dancing. 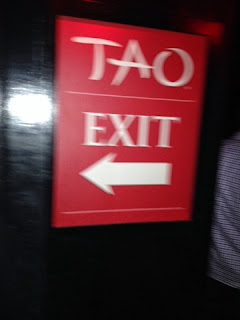 Exit?  We walked to the exit and Jana begged to go back in because she was having so much fun, so we did, but only for like 10 minutes.  Tao wore us out!
The next day, I woke up not feeling so hot.  Apparently it wasn’t just Tao that wore me out.  Lets just say it was a rough drive back to Utah, but a great weekend with our party animals Brian and Jana.