Okay, okay..it’s been like 2 weeks since I actually did this, but I’m still posting about it – better late, than never, right?

Back in the Spring, Sharon and I were trying to plan out when to have her Bachelorette party and I was really pushing for it to be on Labor Day weekend because I wanted to go to the Minnesota State Fair.  Despite a lot of conversations and confusions, I got my way and was home to go to the fair and celebrate Sharon’s last few months as a single lady! 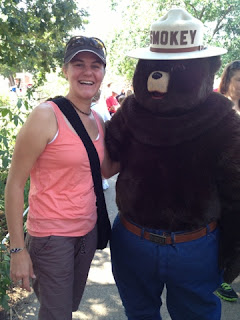 I  started off the weekend with a trip to the Minnesota State Fair on Saturday –  here’s me with Smokey the Bear at the DNR stand. 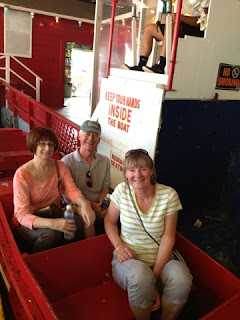 We met up with Steve and Athena and rode Ye Old Mill.  I forgot how strange it was.  You basically ride this boat through the dark get to look at paintings and sculptures once and awhile. 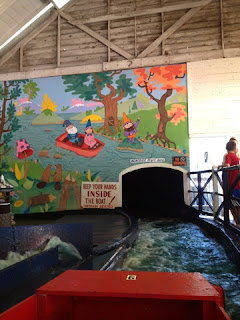 An example of the paintings – I think this is of some gnomes or trolls riding Ye Old Mill.  It’s pretty quirky and old fashioned. It’s been around since 1915. 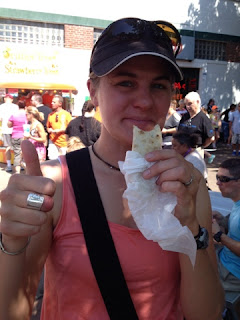 I got some lefse.  Yum.  Mom said that’s the only thing she won’t share with anyone at the fair.  Dad and I shared this piece. 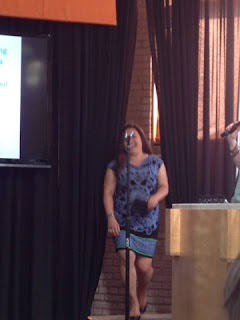 We were lucky enough to attend the fair on the day of the Value Village fashion show – it was pretty neat. Erica could have been a star in it – lots of amazing finds from The Village all for awesome prices. 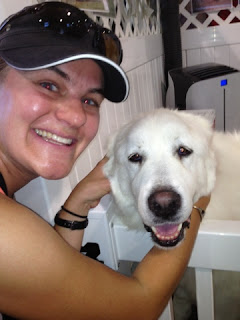 Look at this Snowtime cutie!  We went by the purebreeders booth and saw a Great Pyrenees.  For those of you that don’t know, that’s the kind of Snowtime that Chris and I want.  Not a pure-bred, but something like this nice guy.  We got a flyer on “Is a Pyrenees Right for You?”.  We think yes for sure!  Mom and Dad sure learned a lot about them and agree. 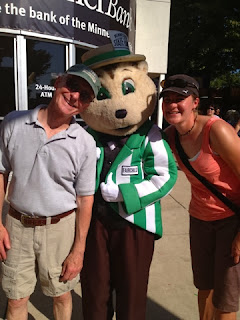 After my photo with Smokey, Steve and  I had to take one with Fairchild, the mascot of the Minnesota State Fair. 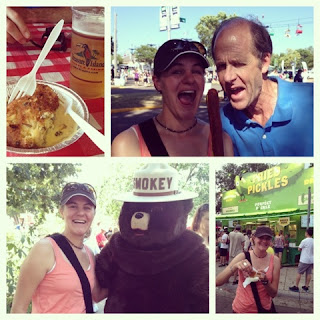 Instead of showing you one photo for everything I ate, here’s a collage I put on instagram- Walleye Cakes, Corn Dog, Fried Pickles.  Not pictured: Sweet Martha’s Cookies, Lemonade, Chips & Guac, Mini Doughnuts & Leinkugels Beer.  Yum. 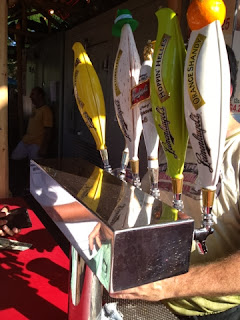 Next to Grain Belt Premium, Leinkugels is my favorite beer. 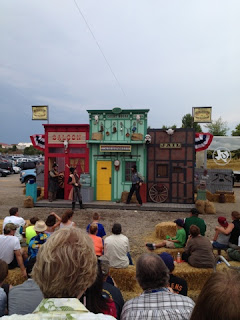 We went to a Wild West Comedy show called Shenanigans – you can see a youtube clip of them here.

It was actually pretty funny and we were glad we went.  Lots of witty slapstick style humor. 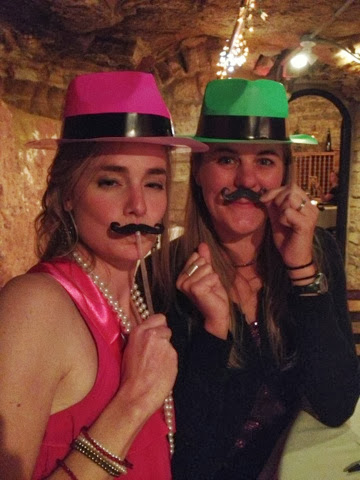 Sunday, it was time for Sharon’s Bachelorette party in Stillwater. Laura got us these cute hats and mustache straws.  Here’s a photo of Sharon and I in the Luna Rosa cave.  The cave tour was awesome and we were supposed to have a wine tasting, but that really never happened.  We just kept getting our glasses filled and didn’t know with what or why. 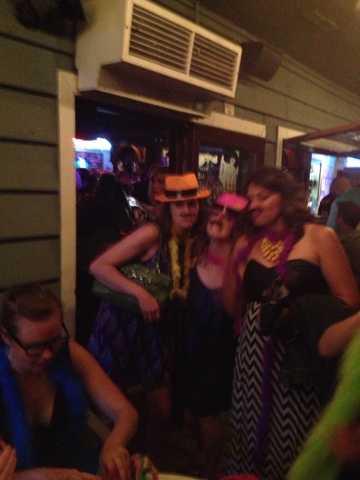 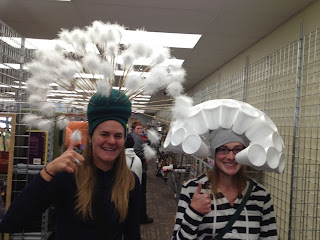 Monday, we returned from the bachelorette party and went to Value Village and found these awesome hats.  We did not buy them, but they are way cool, right? 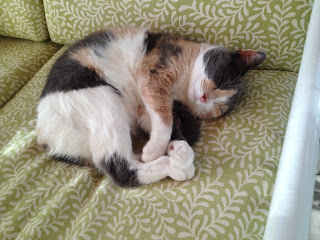 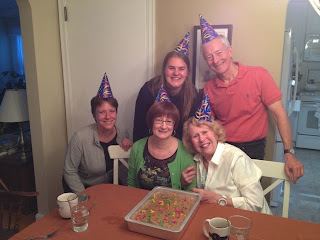 Monday night (Labor Day) we had the infamous October Birthday Party.  We celebrate 7 birthdays on this occasion, but Holly and Chris were not there, so we only partied for these 5:  Erica, Athena, Steve, Loraine and I. 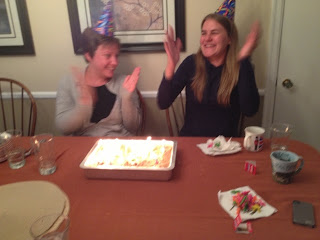 My favorite part of the party is the singing the birthday song and clapping to “How Many Candles Does it Take?”. I usually even clap and sing when it’s my turn. 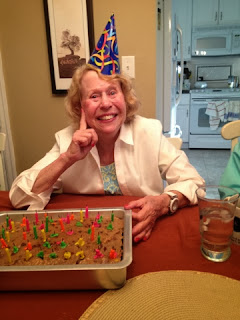 Loraine feels the opposite about the clapping and singing. She does it to be a good sport – doesn’t that happy smile almost look real?