I went on two work trips for my job in September.   My whole department went to Keystone, CO for an all marketing team meeting early in the month and I went to Broomfield, CO for some web training in the later part of September.  I’m really happy with the Vail transition and enjoyed this opportunities a lot. 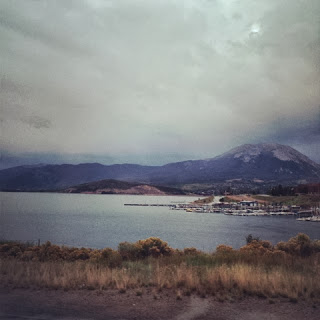 Dillon, CO in Summit County on a rainy day on our way to Keystone for our first work trip. 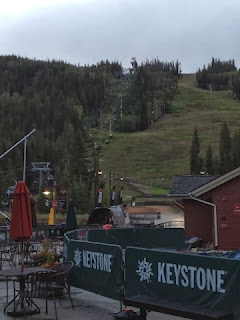 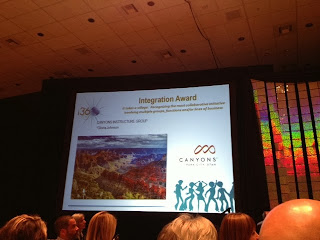 Here’s a photo of the meetings we were at.  There was about 300ish people there.  All of Vail Marketing went to get to know each other and work together on some company-wide initiatives.  I learned a lot about ski industry marketing.  Really neat stuff and a lot of good resources that I met. 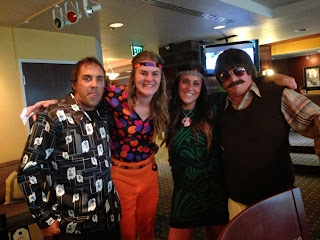 The theme of the trip was disco and there was a party on Thursday with a disco theme.  Costumes were pretty much required.  Here’s some of my department.  Darren, Me, Brooks and Marc.  BIG thanks to my Mom for help with my costume.  It was quite the hit! 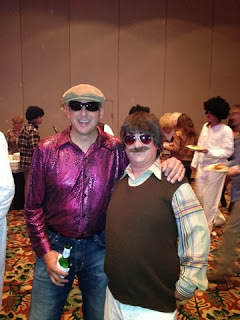 My boss Jim and Marc.  Too bad you can’t see Jim’s platform shoes! 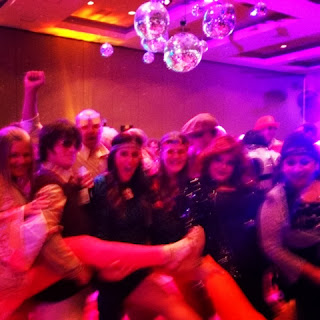 Our crew in a blurry photo. 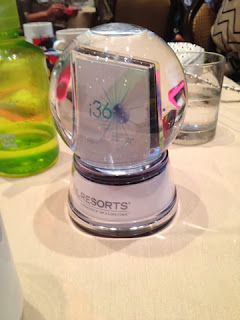 We won an award for an airport campaign we did at the SLC airport for people to get $20 off a lift ticket by registering ahead of time on their mobile device.  A unique idea! 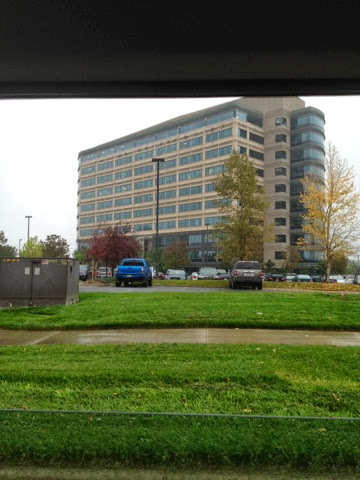 My second work trip was the last week of September to the corporate headquarters in Broomfield, CO. Broomfield is a suburb of Denver, halfway between Denver and Boulder.  Here’s the corporate office.  I went there for two day training on some web software. It was intense and I left eager and ready to practice my new skills! 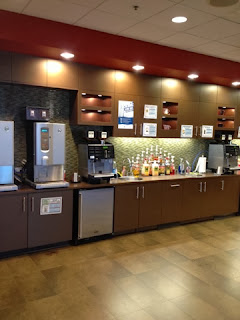 The coffee room at the corporate headquarters – good thing I have a LOT of practice making coffee. 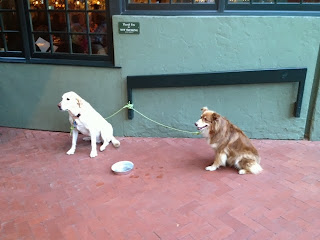 There wasn’t a lot happening in Broomfield, so I went to Boulder both nights to hang out.  I went to dinner at a pizza place with some co-workers also taking the class.  Apparently it’s okay to tie your dog up outside when you go into dinner in Boulder.  I think that’s pretty cool- Boulder is a neat town. 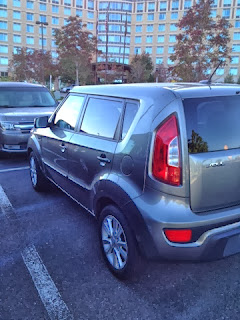 Here’s my rental car – we had a love/hate relationship at the end.  On the way to the airport, I was filling it up with gas and locked the keys in the car at the gas pump.  I had to wait over an hour for someone to come get me into my car and it made me late for my flight.  Southwest Airlines earned some big points by rebooking me on standby via Las Vegas and I only got home like 8 hours later than I planned.  Not really all that bad in the end.